Years ago, when the kids were little, we used to visit Whiting Bay on the beautiful Isle of Arran. We all loved the place. So, when Barb Taub’s Bagel making workshop appeared on the Scottish Interfaith Week website, a revisit to Arran really appealed. I had never made a bagel before and was keen to learn how, so overnight bag in hand, off I went. The journey was a mixture of train, boat and bus which seemed to run like clockwork, with the train stopping in the harbour at Ardrossan, hopping distance from the ferry, and the bus leaving directly from the harbour in Brodick at the other side arriving right to the bottom of Barb’s drive.

With a degree of trepidation, I wandered in with the other guests, but Barb and her home were so warm and welcoming any anxieties soon melted away.  We gathered around her dining room table and were presented with carefully prepared goody bags for each person. These included Hanukkah chocolates, a game and recipes. Clustered together around the table, kneading, slapping and rolling ensued as we vigorously knocked the bagels into shape, with much chat and laughter. In a flurry of flour, the first phase was complete, and we were ushered into Barb’s conservatory with its panoramic views of the sea. Here awaited another table groaning with Hanukkah goodies. While we were indulging, the yeast was busy rising and the bagels were soon ready to boil and bake. Off to the kitchen next.  It was fun rotating around all the rooms while chatting and mingling with Barb’s other guests, hearing their stories and getting to know one another.

One by one the bagels were completed and garnished with poppy seeds, garlic, onion and honey amongst other treats. Then we said our goodbyes and our newly initiated bagel chefs drifted gradually off home with their prized bagels. Then after a quick tidy up I had a chance to chat to Barb about interfaith on Arran. Barb had hosted a couple of concerts with talented Jewish musicians in her home in response to an interfaith drive started by her friend who has since had to return to the States. Barb was full of enthusiasm for further projects, building on the success of her concerts. She hopes to host the next in a local church hall to accommodate the swelling numbers who are interested in attending. 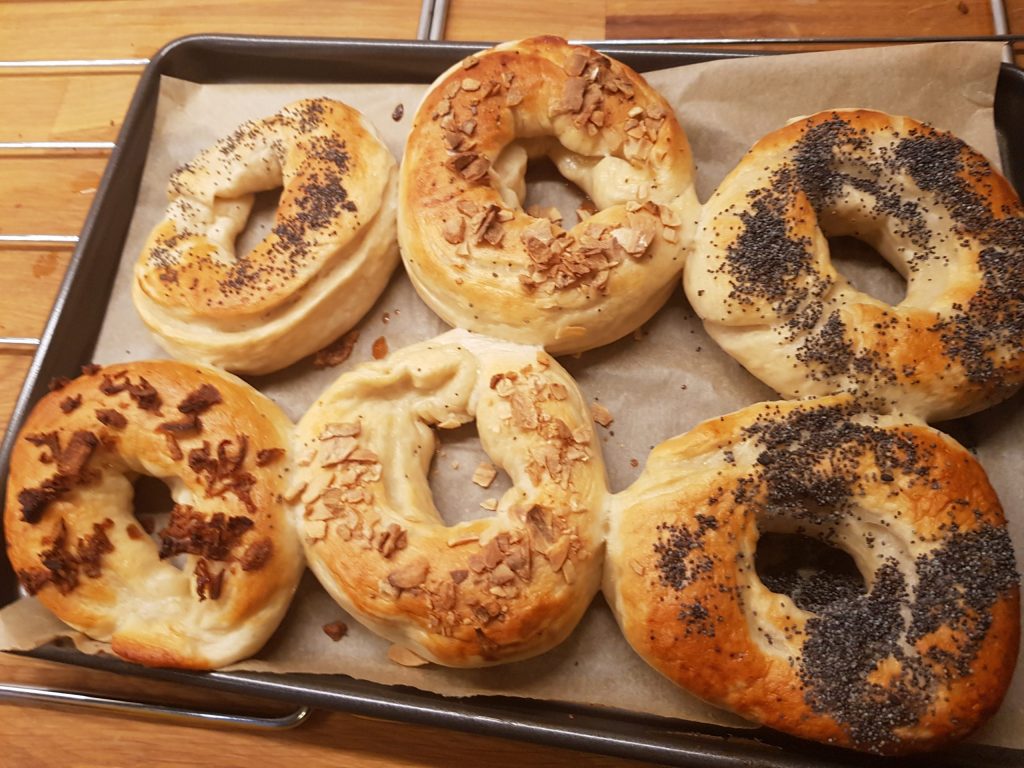 The next day, my imagined new best friend, Piri, Barb’s Australian sheep dog, whose unwavering adoration I had mistaken for love, exposed his ulterior motives. As I was separated from my bagel tray the true subject of his devotion was revealed, as seizing this opportunity he swooped on the tray and devoured four of my six bagels! It does show how delicious Barbs irresistible bagels were and how enticing their fragrance!

My journey home involved a breath-taking walk from Whiting Bay to Lamlash on an Arran bathed in sunshine. The hills were covered in snow and Goatfell and the mountains were stunning. The Holy Isle looked as if it were covered in brown velvet and the sea a silver blue. Then the ferry glided smoothly towards home over the flat calm sea.

You can read Barb’s blog about her bagel making session, along with a recipe at the link below:

Best bagel you ever had? #humor #Scotland #SIFW19 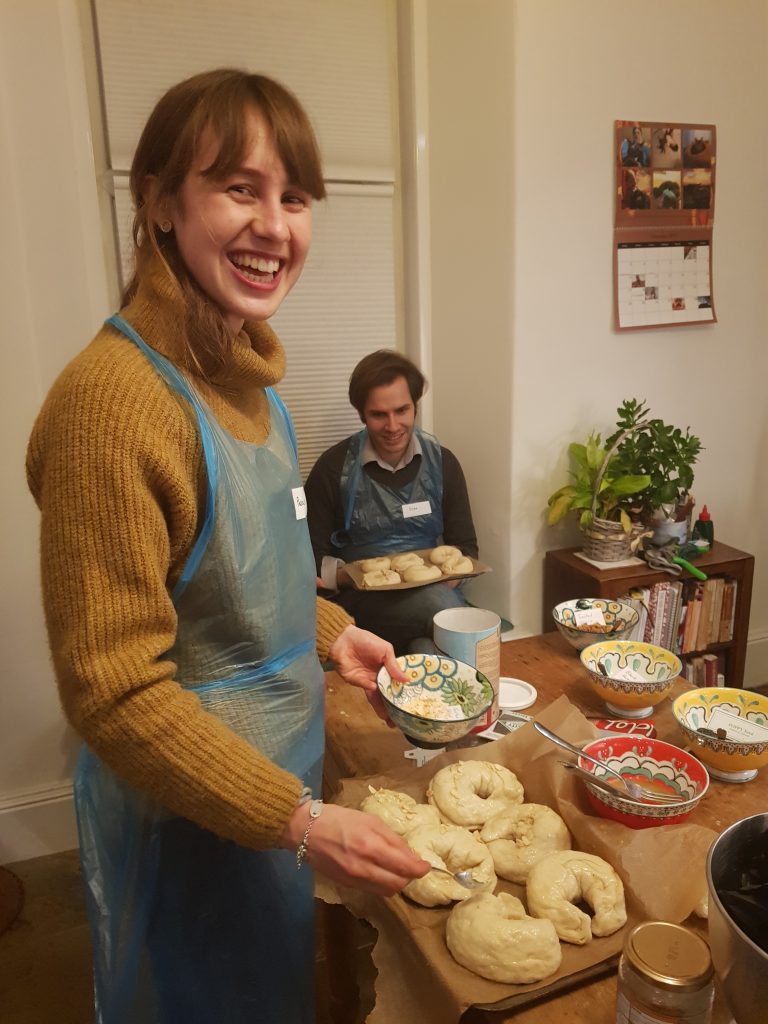