Sharing her family’s story of emigrating from Russia to America during World War II, and finding her own home in Glasgow, our board member Dr Susan Siegel offers the first of our Telling Tales series ahead of Scottish Interfaith Week 2022.

The festival’s theme is Storytelling and we look forward to sharing stories about the cultures, beliefs and lives of those who call Scotland home. 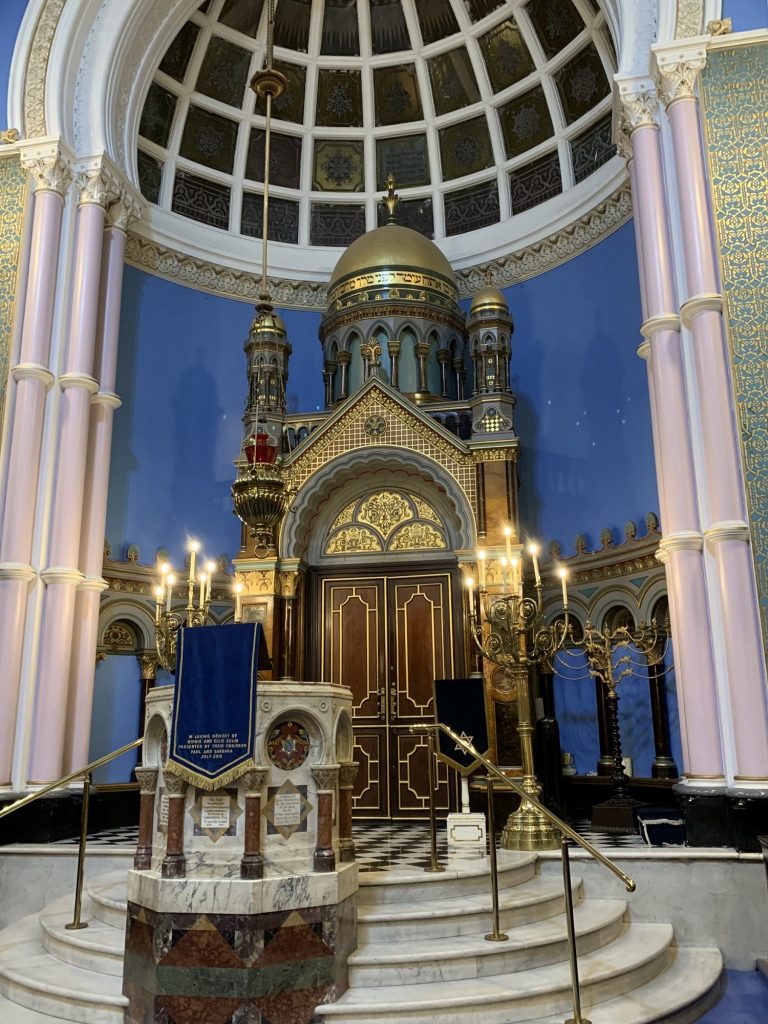 During the World War II pogroms against Jewish people, my grandparents escaped from the deepest, darkest, and coldest part of Russia, landing in Ellis Island, New York.

I was proud of them and carried their naturalisation papers with me when I moved to Glasgow. It was a reminder to me that you can start over and carry your heritage with you.

I was fortunate to attend services at Garnethill Synagogue and was introduced to the Jewish residents of Scotland. As they told their stories of heritage, faith and customs, it struck me that “my” story wasn’t mine at all. It was every immigrant family’s, whether they were from Eastern Europe, Asia, Africa or anywhere in the world.

My Faith, belief and understanding of Jewish customs allowed me to integrate into Scotland and feel like a welcomed member of the community. Despite my American accent, and “Americanisms” everyone was eager to share their grandmother’s recipe for chicken soup and invite me to their festival meals. Faith certainly played a part in my happiness at being in Scotland.

But, most importantly, my relationship to faith has allowed me to be involved in the tapestry of Interfaith life in Scotland. The rich diversity of experience, knowledge, mutual respect, and love among the religious groups has been wonderful.

I deeply cherish those who have opened their hearts and minds as I made my way into Scottish life!

We will be sharing stories from our team, board members and friends as part of our Telling Tales series in the lead up to Scottish Interfaith Week 2022.

Want to get involved? We are running a Second Hand Stories series where anyone can send a few sentences about a story passed down from family members or shared in a local community.

These stories will reflect the diverse history and cultures of Scotland’s people. And can be very simple, such as your grandfather’s first taste of fish and chips, or the first time your aunt wore a sari in Scotland.

These Second Hand Stories will be shared on our social media channels.

We are accepting stories up to 100 words. Due to volume and content, we may not publish every story.